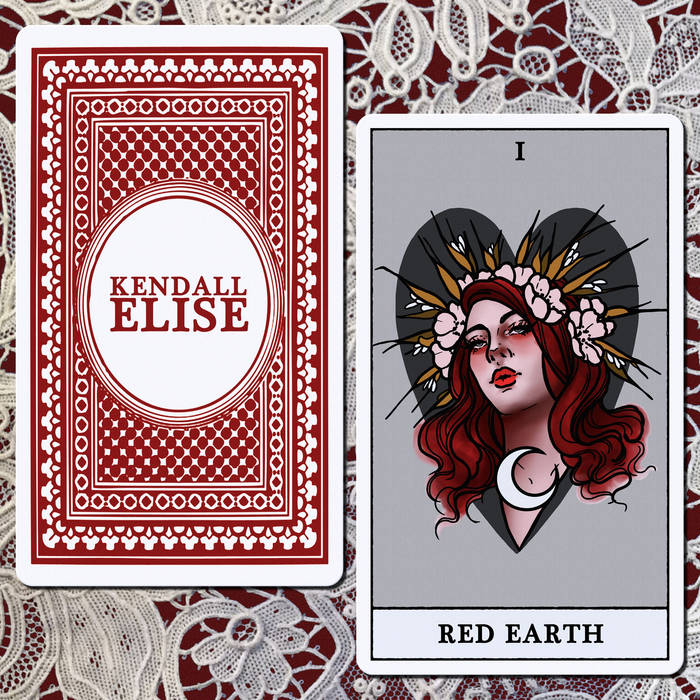 A deeply introspective album of intricate storytelling brought to life with evocative instrumentation; meaningful lyricism and a golden voice, RED EARTH officially hails the emergence of one of New Zealand’s most intriguing songwriters and performers.

Moving effortlessly and seamlessly through a number of styles and genres, from dark country to true country; folk and chilled pop to bluesy rock, Kendall delivers an album packed with mood and personality.

Kendall chose the songs that feature on the album - including first singles already released ‘The Clock Tower’ and ‘Valentine Street’ - because they’re representations of her childhood growing up in Papakura, south Auckland. “Each song is based upon my memories around locations within the district. Most of the songs reflect important moments of my life that moulded who I am today,” she explains.

“The whole album writing process involved a lot of introspection and processing of traumatic experiences, so it comes from a place of healing and catharsis. The songs also hold a lot of relevance to issues that not only I faced growing up, but that continue to be common societal issues today such as poverty, housing insecurity, sexism, sexuality, mental health, and how colonialism has negatively impacted our country.”

All songs on the record were written by Kendall and recorded at Roundhead Studios.
Audio Engineer - Paddy Hill;
Produced by Kendall Elise and Alan Meharry;
Mixed by Scott Seabright;
Mastered by Chris Chetland from KOG

Thank you to my darling Chris Kemp, John Segovia, Rob Scott, Alan Meharry, Paddy Hill and the team at Roundhead Studios, Scott Seabright, Chris Chetland, Mum and Mud, Chris Whiting, Meghann Humphries, Bella and Sam, Louis Jarlov, Debbie Silvey, Sarah Radford, Reuben Raj, NicNak Media, Shure, DRM, APRA, AtoZ, Recorded Music New Zealand, To my friends and family, and the biggest thank you of all to those that contributed to the making of this record by way of buying merch, listening to my music, and coming along to shows.

Kendall Elise is an intriguing story teller with a hint of yesteryear. With trademark quirky touches and flawless vocal delivery she has come fresh from touring with Kiwi born, LA based Gin Wigmore and supporting Larkin Poe. On the 3rd May Kendall released her debut album Red Earth of which her recently released singles The Clock Tower and Valentine Street feature. ... more

Bandcamp Daily  your guide to the world of Bandcamp

Benji B talks about his new compilation ‘Deviation Classics’